We organize training for individual, private sector and government institutions such as Ministries, Departments and Agencies (MDAs). 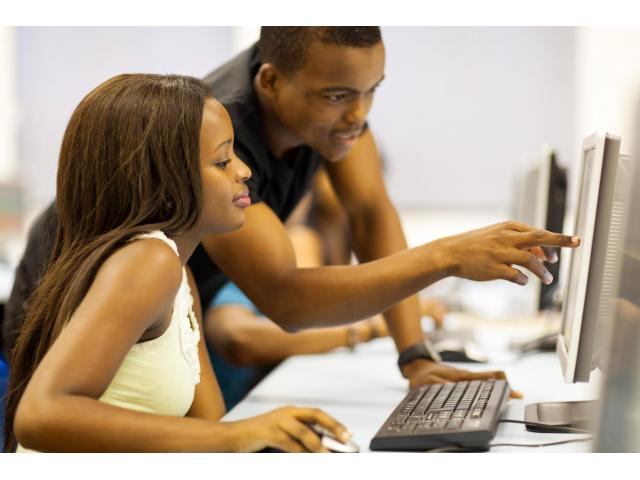 In the recent time, there is a concern over the rate of unemployment and underemployment in our economic system, giving the fact that some media reports also carry the voices of some policy makers and employers of labour over the unemployable status of our graduates from different higher institutions of learning in Nigeria.

Some of these problems are Structural in nature, which is a form of unemployment caused by a mismatch between the skills that workers in the economy can offer, and the skills demanded of workers by employers, which is also known as the skills gap.

Torbita Global Services And Infotech Systems (TGSIS) is here to provide solutions to these problems by way of Computer education, training and retraining to meet the skills gap in our economy and the society at large. By so doing, we create and build capacity of individual and institutions to expand and build more wealth and bring into being a robust economy.

We organize training for individual, private sector and government institutions such as Ministries, Departments and Agencies (MDAs) to build their capacity on any aspect of Computer education/courses ranging from Office Packages, Desktop Publishing, Graphics, Web Development, CCNA, Oracle, PMP, SharePoints etc; in order to bridge the skills gap and meet the constantly changing world of technological needs.

Why We are Different

TGSIS is not statics in its operation but dynamic. We carry out mobile training at our Clients’ homes or offices and at their convenience with affordable cost to drive the maximum value for their money, while making the necessary impact as high as possible by condensing the content and time frame of each class/course.

TGSIS has a reasonable numbers of qualified staffs who are versatile in different segments of the computer education to give the required training in order to meet the needs of our Students/Clients. We deliver on the appointed date and time to maintain the highest level of confidence we have in our Students and the potential Clients.

It is subject to circumstances of individual, institution, private or government institutions or person’s in needs. We are much more available at Torbita Global Services And Infotech Systems Ltd to answer your questions.